Leading international LED manufacturer Absen on March 12, announced a brand-new LED display series designed to be used in medium to large DOOH installations. Boasting a 10,000-nit brightness, and with a 1280mm x 960mm standard panel size and 3 other optional sizes, the six new models of the Aurora Series are designed to create unmissable displays.

Weighing only 25kg per sqm, the Aurora series follows in the footsteps of Absen’s continued product innovation. The Aurora Series is 50% thinner and lighter than its predecessors, thanks to a new engineering approach which resulted in a reduction of nearly 25% of all steel materials, reducing transportation costs and simplifying installation. Aurora is a fan-less LED display which offers a 40% reduction in power consumption compared to previous models, making it one of the company’s most energy efficient models to date to save money for the electricity bill. 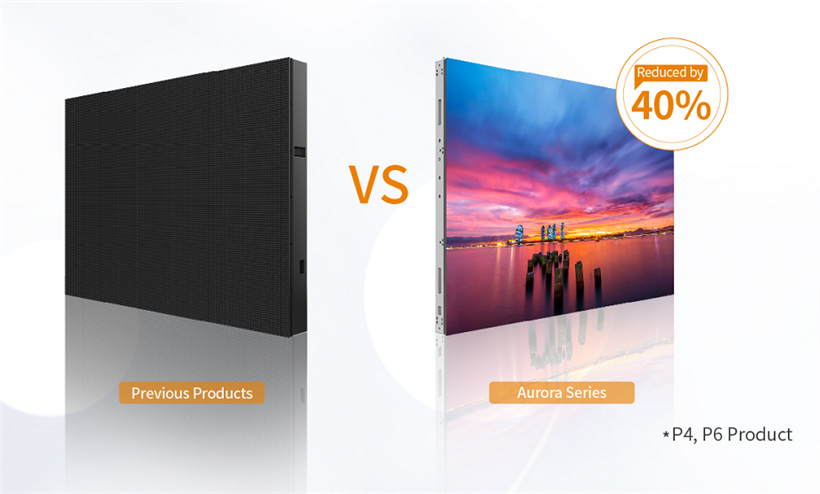 Seamless, vivid pictures at a stunning 10,000 nit brightness are staple of the Aurora. Thanks to the high contrast ratio, which boasts diversified and saturated colours with smooth transitions, the series is designed to display a high image quality even under direct sunlight. And at a 3,840Hz refresh rate and 16bit grayscale, advertisers can be assured that vivid, eye catching images are guaranteed with the Aurora, no matter where it is placed.

Sustainability has also been at the forefront of Absen’s engineers’ minds when developing the Aurora Series. Waterproof, with an operating temperature between -40 and +50 degrees Celsius, the series promises to perform every hour of the day even in the most demanding conditions. And, with Absen’s guaranteed 5-year warranty, which covers the entire series, integrators can rest easy in the knowledge that the product is reliable for many years to come.

The series has six models, all of which differ in pixel pitch，ranging from 4.44mm-16mm pitch.

Perfect for installation within any DOOH space, whether for a stadium, billboards or on the sides of buildings, the Aurora Series promises to draw the eye of anyone near or far.